CALL 911 IF THIS IS AN EMERGENCY 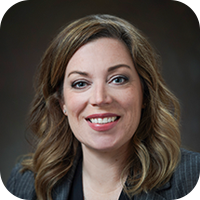 Kristen Devitt has been the Director of the Office of School Safety since July of 2018.  Prior to holding this position, Kristen was a social worker in child welfare and supported survivors of domestic violence.  Kristen was a police officer in LaSalle, Illinois where she became a K-12 School Resource Officer in 2005 and began her love of providing safe educational environments.  Kristen joined the Madison Police Department in February of 2008 and became a School Resource Officer at Madison East High School in 2012.  During her time as an SRO in Madison, Kristen earned her Master's Degree in Education from University of Wisconsin - Platteville, joined the Board of Directors of the Wisconsin Juvenile Officer's Association and became an instructor for the National Association of School Resource Officers (Instructor of the Year, 2019).  In 2015, Kristen became the Director of the Law Enforcement Academy at Blackhawk Technical College where she had been adjunct faculty since 2010.  During that time, Kristen was also the first female Chief of Police in Fulton Township.  In 2017, Kristen joined the Beloit Police Department as a Lieutenant of Patrol, was the 2nd shift commander, the training commander, commander of the Mobile Field Force, commander of the Honor Guard, and commander of the School Resource Officer cadre.  In July of 2018, Attorney General Schimel appointed Kristen to be the first Director of the Office of School Safety.  After beginning his term in 2019, Attorney General Kaul reappointed Kristen to the position.  Since her time as the Director of the Office of School Safety Kristen has earned her Certified Threat Manager designation via the Association of Threat Assessment Professionals and has served on several committees that have contributed to developing nationally recognized best-practices in school safety. 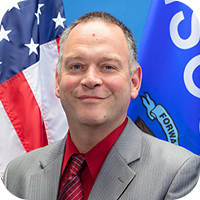 Glenn Rehberg is the Deputy Director of the DOJ Office of School Safety.  Before joining the Office he served as a Senior Training Officer in the DOJ’s Training and Standards Bureau, where he led training efforts focused on active shooters, use of force, scenario training, critical incident command, and emergency casualty care. He teaches active shooter response to law enforcement officers in conjunction with the FBI and still works as a part-time patrol officer. Before joining law enforcement Rehberg worked as a Wisconsin middle school teacher.  He is married to an elementary school teacher and his children currently attend public school. 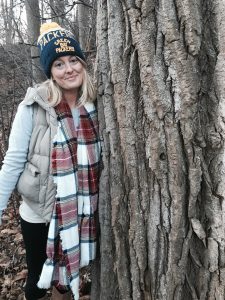 Stephanie La Haye has been with the Office of School Safety since September of 2018. Her professional background has been rooted in education, nonprofit management, and early childhood education and advocacy. Stephanie is Trauma Informed, and believes every child deserves to feel safe and loved, always. She spends her summers camping and exploring Wisconsin's lakeshore with her black lab Miles, volunteering with the Ice Age Trail Alliance, and hunting the ever-elusive morel mushroom. 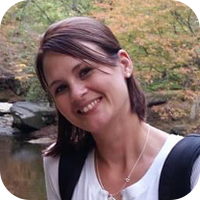 Erin Armbrust has been with the Office of School Safety since June 2018. Erin believes every student should feel safe within their school building in order to learn and grow in a positive and nurtured way. Her professional background has been focused on supporting all families in gaining access to quality child-care, parenting education, and ensuring that the child protective factors are embedded into all her work. She spends all her free time with her two children ages 5 and 1, learning through play and exploration. 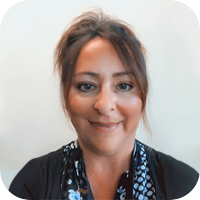 Susan Whitstone, MS is the Interim SUSO Resource Center Manager.  She has nearly 25 years’ experience in the Criminal Justice arena to include over 7 years teaching tertiary education.  Susan started her criminal justice career in Green Bay at the Green Bay Correctional Institution as a student at University of Wisconsin-Green Bay.  At the University of Wisconsin-Green Bay she received the honored Chancellor’s Medallion and high honors.  After receiving her Bachelor’s Degree in Political Science and Public Administration, she quickly promoted to Lieutenant with the Waukesha County Sheriff’s Department.  During her tenure with Waukesha she received her Master’s Degree at the University of Wisconsin-Milwaukee in Criminal Justice Administration.  Shortly after retiring from Waukesha she was appointed as the Director of the Academies at Blackhawk Technical College.  In her current position with the Department of Justice, Office of School Safety, she is able to blend her experience in criminal justice and education by managing the SUSO Resource Center to help keep the schools in Wisconsin one of safest schools in the nation.

CALL 911 IF THIS IS AN EMERGENCY